Specialties: in video production we specialize in HD & 4K video acquisition and editing (with equipment including camera cranes, teleprompters and live production gear), drone videography and photography. In still photography, our specialities are everything from business portrait and product photography, food photography, Real Estate, sports, nature and everything in between. When it comes to website development, we specialize in SEO (search engine optimization), responsive website development (responsive means it loads on all devices, from smartphones to PCs), online video conception and production, and VSEO (video search engine optimization). We help businesses plot their internet strategy before they post a single pixel to the web. 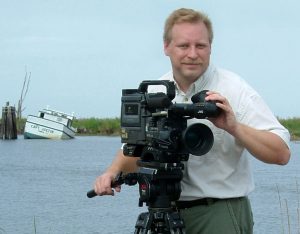 EZ New Media is owned by Jim Zons who has spent over 30 years both behind the camera, and in front of it, as an on-air television host with six nationwide home shopping networks, including AVN, CVN, USA Direct, Valuevision, Worldwide Shopping Source and most recently ShopNBC/ShopHQ/EVINE Live.

Jim lives on a lake in western Wisconsin with his two teenagers and has a home office located in an authentic 1920s era wooden railroad caboose! 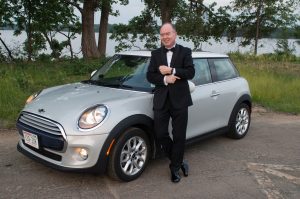 Dave Dee has created and consulted on hundreds of websites since building his first “hobby” site in 1996. As a longtime radio broadcaster, he found that many of the same rules applied to this new medium: Keep it brief, have a point, and don’t skimp on character. In an age of media overload, it’s all about MESSAGE. And after more than two decades, this marketing challenge is what makes each new project so rewarding (he doesn’t like the technical stuff any more than you do).

When he’s not seated in front of the computer, Dave has been known to do some community theater, playing everything from a disco thug in Sister Act to a salty-but-lovable curmudgeon in On Golden Pond. He has also tried his hand at storytelling for The Moth Radio Hour, and lately he’s taken to spoiling his two fancy goldfish, Jules and Maggie. Dave’s got a daughter living the dream in Los Angeles, and a son and daughter working hi-tech jobs in Madison. In 2005, he stood in Times Square to watch the ball drop on NYE and found it very overrated.

We want to hear from you!